The agitation, commotion and excitement in the arena often have a time and place to occur such as trading is open, the fight is on or the jury is assembled.  The type of exchange the heroes endure is often public and often with physical action, sensational.  Just as the real world audience observes the heroes, so too does the any-man in their world.  As a writer embellish and relish in the amount of poetic description and sensational exchange the spectacle can bring.  Celebrate the heroes, their opponents, and even their observers.  You have taken the time and effort to get your audience there and you may now take the opportunity to thrill them.  In literature, any character singled out is special, so even writing of a face in the crowd makes them different.  Instead of considering the any-man unimportant, flesh them well enough to at least make them an archetype and allow them to be the witnesses for the heroes' spectacle.  This maximizes the vicarious association with the spectacle of the heroes' challenge, and also the granting of the audience freely given action and thrill as the heroes' observer. Alexander Valdez is a filmmaker and author. He has written A Writer’s Guide to the Hero’s Journey and Screenwriter’s Notebook. He is the founder of the Cinema-Libre Film Movement, a National Merit Scholar and first appeared in the Hollywood Creative Directory in 2002 under Academy Award Winning Producer Al Ruddy and Producer Andre Morgan as a Story Editor. He has served as a Writer’s Guild Writer’s Assistant, is inducted into the Director’s Guild of America and has a hiring contract for the Producer’s Guild of America. He is a point-member in Actor’s Equity Association and also a composer listed to the American Society of Composer and Performers, where at the time or invitation he was the youngest member invited to the union. He has also done voice for Radio to membership in the American Film, Television and Radio Actors, now SAG-AFTRA. 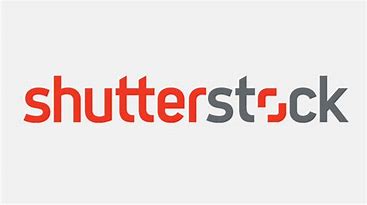 Join now and include yourself in the growing group of screenwriters and other filmmakers who are getting involved, and be able to download The Eight Elements and more for free.  Sign up for your no-cost membership now by following the "Sign Up" link in the upper right corner.  If you are not quite ready to join, you are welcome back.  Feel free to bookmark now, and let your friends know we are here.