This is a story of Crime and Punishment.

This is a story of Faith and Challenge.

This is a story about Prayer Call.

“Care, not cages” is not only the morally right thing to do – it’s fiscally responsible. ➡️“It costs nearly $300,000 to incarcerate a young person in Los Angeles for one year, versus $5,000 for a community rehabilitation program.” https://t.co/fTsu8HqJjw

Last election, November 2016, California voters overwhelmingly passed Proposition 57 (64% to 35%) to enhance public safety, stop the revolving door of crime by emphasizing rehabilitation, and prevent federal courts from indiscriminately releasing inmates. Under Proposition 57, CDCR will incentivize inmates to take responsibility for their own rehabilitation with credit-earning opportunities for sustained good behavior, as well as in-prison program and activities participation. Proposition 57 also moves up parole consideration of those non-violent felons who have served the full term of the sentence for their primary offense and who demonstrate that they should no longer be considered a current threat to public safety. These changes will lead to improved inmate behavior and a safer prison environment for inmates and staff alike, and give inmates skills and tools to be more productive members of society once they complete their sentence and are released. This plan for release is sharply opposite to the voter passed proposition 66, which hopes to speed inmates on death row to the death penalty.

Prayer Call will be a feature film full length documentary on the trials of men, their gatherings in prayer calls, their releases, and their returns to society. We intend to depict a group of inmates through trial, sentencing, housing and release. We expect promised co-operation from the Los Angeles County Sheriff’s Department (maybe even to the use of helicopters), the Department of Rehabilitaion, dozens of inmates and felons-on-parole. We intend to interview within the religious community and also the law enforcement community, and also the fascinating and normally under-depicted community of release. This community is an odd, but understandable, mix of state programs and charities. We intend to maximize the interesting depth of this community by recording images while their world is changing with the legal implementation within the California Department of Corrections and Rehabilitation of the recently passed Prop. 57.   We intend to photographically deeply-counter by showing releases of masses at the enactment of this most recent election in 2018, the passage of SB10.
Prayer Call hopes to deeply enter the world of these men on trial as they face tremendous opposition and join in prayer, while never shying on remembering their victims and our society’s call for restitution.

I have had to coin the term "community of release" for the comingling of charities and state programs that attempts to assist these men in their return to society, efforts to avoid new charges and overcoming cycles of recidivism often caused by old behaviors, old associations and addiction.
-Film Director Alexander Valdez 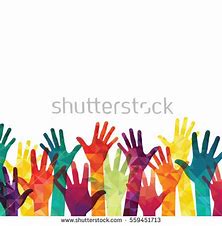